Penny Stocks On Robinhood Taking Off In October 2020

Coronavirus and market crash: Why many first-time investors turn to own Trader

Coronavirus and market crash: Why many first-time investors may turn to new traders

LANSING, MI – After trying and failing to make meaningful changes to the state’s no-fault auto insurance system, some representatives have a different idea: scrapping it entirely.

A series of bills introduced in the House on Tuesday would do just that, getting rid of Michigan’s longstanding auto no-fault system and replacing it with a tort system used by other states.

“Living a mile north of Ohio, I can see firsthand how a state like that actually operates in their insurance system, and it’s really a good, viable option for us to look into, because the surrounding states from ours are doing it,” said Rep. Jason Sheppard, R-Temperance.

Under Michigan’s current no-fault system, every driver must purchase certain coverages, including unlimited medical coverage. In the event of a crash, no-fault insurance pays for medical coverage, wage loss and damage done to another’s property, regardless of who caused the accident. In other words, said Sheppard, you’re paying to cover yourself.

Under an at-fault system, sometimes called a ‘tort’ system, Sheppard said that wasn’t the case.

House Bills 5517 through 5519  work together to eliminate Michigan’s longstanding auto no-fault system. They have been referred to the House Insurance Committee, chaired by Rep. Lana Theis, R-Brighton, a co-sponsor of the proposal.

The effort comes after years of attempts to change the no-fault system, including a high-profile proposal, backed by Theis, that ended up flopping last year. 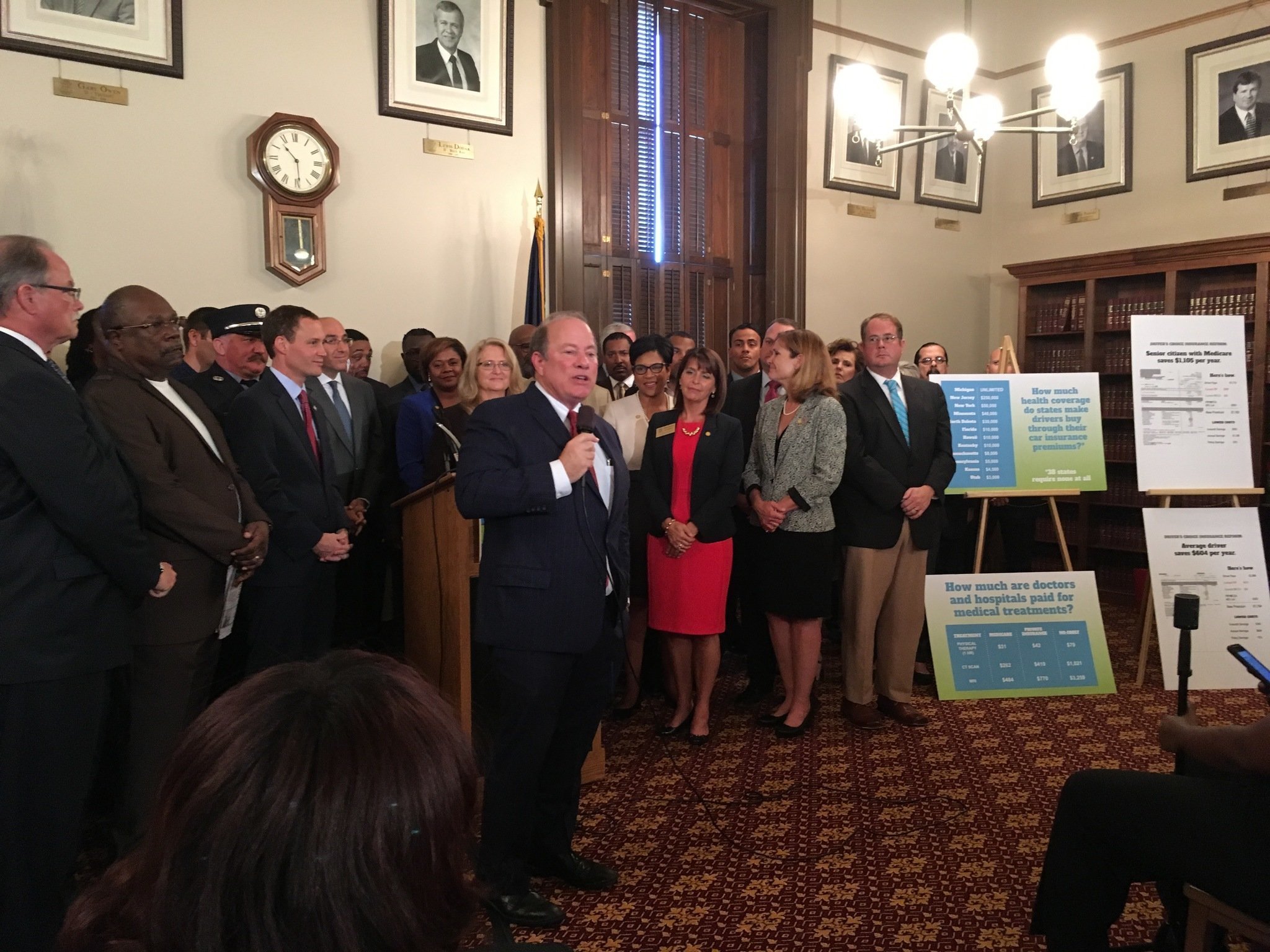 This system would let people choose their level of coverage, and they would pay rates based more off of what kind of driver they were.

“It will be based on your drivability. So if you’ve not had accidents, if you’ve not had tickets, if you don’t have a bad track record of driving, then your rates will reflect that. Today we don’t do that because we can’t, it won’t work in the current system,” Sheppard said.

Rates could be lowered by up to 50 percent, he said, based on rates he’s observed in states like Ohio that operate under a tort and not a no-fault system.

He also said he didn’t expect that a tort system would raise the burden of lawsuits on the court system. Right now providers are suing to get reimbursed for care, he said, and the lawsuits in states with tort systems are typically settled in a mediation instead of going before a judge.

Rep. Aaron Miller, R-Sturgis, is a co-sponsor of the package. He learned from the failure of the last attempt at auto no-fault changes.

“With the failure of HB 5013 in November, I am no longer advocating for small changes. Opponents to no-fault reform always successfully kill those changes and never negotiate in any way to lower caps or institute fee schedules for care. Therefore, I’m happy to be part of this package to eliminate Michigan’s no-fault system,” Miller said in a press release.

Asked about the political path for this proposal, Sheppard said he’s asking his colleagues to be open-minded. Nationally, he said Colorado recently abandoned its no-fault system and the Florida legislature is considering it.